Attempts to suppress the March — Let’s take the streets to make our demands loud and clear! The Week for Return and Liberation is off to a strong start in Brussels, with packed rooms for the first two events on Palestinian prisoners and the life and struggle of Mohammed Boudia. This followed a 1,000-strong demonstration and march to the prison in Lannemezan, France, where Georges Ibrahim Abdallah, the Lebanese struggler for Palestine, has been jailed for the past 39 years.

And as the movement for Palestine gets stronger, we see attempts to shut it down and silence our voices. Just yesterday, Khaled Barakat, co-founder of the Palestinian Alternative Revolutionary Path Movement (Masar Badil) and Charlotte Kates, international coordinator of Samidoun Palestinian Prisoner Solidarity Network, were denied entry to the European Union and deported back to Canada when they traveled to Amsterdam airport on their way to the March and associated events. The Israeli ambassador in Brussels demanded the cancellation of our march — and failed.

Let us be clear — all of these show just why it is so urgent that our demonstration on Saturday 29 October be very loud, clear and massive, demanding accountability from European colonialism and imperialist powers for their ongoing crimes against the Palestinian people. Join us on Saturday, 29 October at Lumumba Square in Brussels at 2 pm, to march to the European Parliament in the March for Return and Liberation.

Below we republish the Samidoun statement on the deportations — emphasizing that this is a clear attack on the March and the Palestinian people in exile and diaspora:

Samidoun Palestinian Prisoner Solidarity Network denounces the denial of entry of our international Coordinator, Charlotte Kates, and one of the founders of the Palestinian Alternative Revolutionary Path Movement, Khaled Barakat to the Netherlands and their deportation from Amsterdam airport to Canada by the Dutch military police. Charlotte and Khaled were on their way to participate in the Week of Action for Return and Liberation of Palestine. We see their denial of entry and deportation as a clear attack carried out by the Netherlands and European Union against Palestinian organising, the Palestinian people, and their struggle for return and liberation.

As soon as Barakat and Kates arrived in Amsterdam Schiphol airport on Monday morning, 24 October, they were detained by the immigration service operated by the Dutch military police.

Both Barakat and Kates were interrogated about their political views, about Samidoun, Masar Badil, and the week of action for liberation and return, showing that this is a clear political attack against both of them, our organisations and the Palestinian movement, especially in the diaspora.

This is not the first time Barakat and Kates are attacked and repressed by a European state. In 2019, Khaled Barakat was given a political ban while living and organizing the Palestinian shatat (“diaspora”) in Berlin, Germany. He was not allowed to participate in any political event or meet with more than ten people at a time. Barakat and Kates, who are also married to each other, were forced out of Germany and were banned from re-entry for multiple years to this day. This entirely political ban imposed upon them was cited as the reason for their denial of entry to the Schengen zone.

It is worth noting that this occurs as Dutch prime minister Mark Rutte is arriving in the settler colonial Zionist state for two days of talks, amid fierce Palestinian resistance and colonial violence, including the targeted assassination of Palestinian resisters and taking the lives of five Palestinian martyrs just last night.

We emphasize that our response to this attack on our organizing must be to make an even bigger, stronger, louder and more powerful stand with the Palestinian people, their resistance, and the liberation of Palestine. The March for Return and Liberation will gather in Brussels this Saturday 29 October for a clear demonstration that the Palestinian people will accept nothing less than return and liberation, from the river to the sea, and will hold Europe accountable for its colonial crimes and ongoing imperialist exploitation! We urge all Palestinians, Arabs and internationalists to join the march or organize local activities for return and liberation!

It is important to highlight that the European states that are repressing Palestinian organizing, are the same imperialists that unconditionally support the Zionist colonization of Palestine since it’s foundation more than a century ago. The Netherlands and Germany both support the Zionist entity financially, militarily, and politically, even during their countless aggressions and wars against the Palestinian people and the Gaza strip.

Samidoun Palestinian Prisoner Solidarity Network condemns the deportation of Khaled Barakat and Charlotte Kates, and calls on all supporters of Palestine to defend the right to struggle for return and liberation of Palestine, from the river to the sea, and participating in the Week of Return and Liberation and organizing protests and actions in your cities in support of the Palestinian people, and their inalienable right to liberate their land and return to their homes.

Get updates on the March for return and liberation 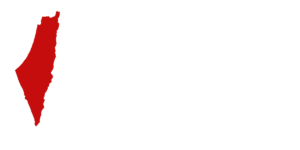 Sign up for more information about the March and upcoming actions